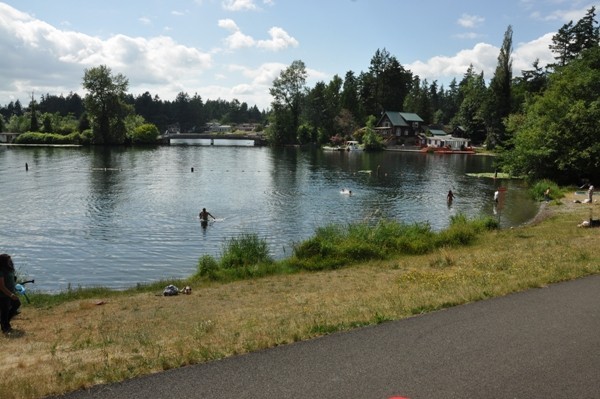 Q& A to Councilman McCune @ FOSL Annual Meeting 1/25/18
Councilman McCune discusses Pierce County and others discuss various situations:
He mentions all the drug houses in the area and the effort going on to shut them down.  He provided his number for citizens to communicate with him on this topic. Councilman McCune’s phone number is 253-798-6626.
Question on squatters:  McCune:  Some spend time in jail, but many homeless are drug addicts.  The county will go after the house, board it up.  Some squatters walk away, some go to jail, There is a house on Spanaway Loop Road, with about 16 people living there for about 3-4 years.   We passed a new ordinance, and they are out now in 90 days.  If they want help, there is a 211 hotline and they’ll find them a place to stay, but a lot don’t want help.

Circling back to the lake, a citizen has donated 1000’s of dollars to help clean up the lake to get the weeds sprayed.  Why isn’t the county taking care of the water quality in the lake.  Per the citizen, “IMO, spraying weeds is only solution.”
Barbara Smolko (Pierce County Surface Water management):  Money that’s collected by the park, goes into the general fund, not saved for the lake.  Parks are one of the property owners, have a weed mgmt. program of their own, but they’re not dealing with the problem as a whole.  There is a need to look at the lake as a whole, coffee creek, the water enters from the south end and it exits to the north.  The park itself probably isn’t causing the problems.  FOSL will need to work with the county and look at the flow.

Audience question:  The lake has been studied for years.  Why another study?  Why not fix it instead of paying for the another study.  What about other boats that come in and bring vegetation?
The Park is charging, and there’s a point of entry so maybe we can figure something out here.
The South end sprays the lake but it may occur too late in the season to spray.
This group will help coordinate the process.
If the boat ramp is generating so much of a problem, could the county council make it go back to the lake?

Mel redirects back to Mr. McCune:  Is the county addressing how to care for the lake?  The county puts it back on the park.  Mr. McCune will bring it back up with the county in an upcoming retreat.
The Park picks up water to water the park/golf course, but if they would do it deeper in the lake, that would help the lake.
There is a sewer line that runs all the way to Frederickson, but almost no one is hooked up to it.  McCune: it’s a different agency so he’ll ask about it.
There was a requirement about necessity to hook up to the sewer line, but Spanaway didn’t meet that “Necessity” requirement.
Septic Systems:  There’s a 17 square mile radius that feeds into Spanaway Basin.  New construction is a large concern.
Discussion about the roads and are the new apartments and other builders, putting money in to alleviate congestion that’s growing.  McCune:  There is a 20  year road plan.
What is the status of the Cross State highway?  It’s state funded as is highway 7 and other highways.